The AALT Technician is the official journal of the Alberta Association of Library Technicians.

Below find links to presentations offered at AALT 2016.

2B - Supporting our Colleagues with Disabilities

3A - It's all in the Delivery: Providing Customer Service to Persons with Disabilities

6B - By the Numbers: Using Statistics and Data to Simplify Weeding

Note: some presentation elements may not display properly in the online viewer. Downloading the presentation and viewing it in PowerPoint usually resolves these issues.

AALT 2016 came to a light-hearted conclusion with a presentation and reading by author/library technician Glenda Goertzen. She touched on the confluences between writing and library work, including cataloguing her own book. Glenda closed her talk by treating delegates to a reading from her upcoming book.

My compliments to conference co-Chairs Janis Rapchuk, Pablo Zanetta and Danica Dixon for bringing together a great conference. My thanks also to the Conference Committee (Chris Savage, Melanie Belliveau, Brenda Gee, Kathleen Johnston) and all the SAIT Library Information Technology students and faculty who volunteered to help out before and during the conference.

Over the course of the conference I heard several positive comments from delegates regarding the quality of sessions and keynotes. Also, many delegates appreciated being at SAIT during its centennial year and being in Heritage Hall, in particular.

Finally, if you attended AALT 2016, please be sure to complete the Conference Survey. As a past conference chair (twice), I can assure you that feedback to the survey really does guide planning for the next conference.

Congratulations to the Conference Committee on a great banquet. I was having such a good time that I neglected to take pictures. So, here's a photo I lifted from Sarah's Facebook page.

Three awards were presented last night by outgoing President Sarah Stephens. As Sarah noted, AALT doesn't give every award every year. So, when a recipient is selected it marks a significant contribution to libraries and library techncians.

I had the honor of introducing Mo Keshavjee, recipient of the Advocacy Award. Mo, in his role as marketing and communications coordinator for SAIT's School of Information and Communications Technology, was recognized for his his work promoting the SAIT Library Information Technology program to employers, library workers and learners across Alberta.

Author and library technician Judith Graves will receive the Merle Harris Achievement Award for her work as a school librarian in Cold Lake, Alberta and contributions to the library technician community. Judith couldn't join us, but incoming President Karen Hildebrandt said a few words of thanks on her behalf.

Finally, Sarah and Karen presented the Dewey Award to Journal Editor Kristian McInnis for his contributions to the AALT Board during the 2015-16 year.*

We closed evening with a performance by the Chinook Country Line Dancers. The dancers kicked up their heels through many energetic routines and did a fantastic job coaching delegates through several dances.

*I had a little debate with myself about whether to discuss my award in the first or third person. Either way, it feels awkward.
Posted by Unknown at 8:55 am 1 comment:

Deb Cryderman offered a really engaging session on diversifying library collections. Jim Gray had is delegates talking about challenged books and how to manage those challenges in consistent, professional and respectful way. SAIT instructor Matt Adolphe discussed strengthening workplace teams through embracing diversity. Meanwhile, Conference co-Chair Pablo Zannetta led a dozen delegates to the C-train for quick run up to the University of Calgary and the Taylor Family Digital Library.

And, again, there was a lot more that I didn't get to see or hear about from other delegates. Thank you to everyone who contributed the professional development of library technicians by stepping up to present at the AALT Conference.

The AGM this year saw a substantive change to the organization of AALT's Board of Directors supported by the AALT members present at the meeting.

Several Board positions were merged to support changing business needs within AALT. So, Marketing and Journal positions have been merged into a single Communications Director role. Similarly, Secretary and Treasurer are now the Administrative Services Director and Webteam and Membership become Online Services Director.

As a consequence of these changes several revisions to the by-laws were supported by members and a separate motion reduced the quorum needed for Board meetings from 6 to 4 to reflect the reduction in Board positions.

Later, after calling for nominations from the floor, the slate of Directors was announced. For the 2016-2017 year, the Board of Directors is:
Member-at-Large, along with Student Representatives from SAIT and MacEwan, were unfilled at the time of this writing and will be appointed at a later date.

During the AGM outgoing President Sarah Stephens thanked the former Board for their work and welcomed the new Board. Finally, she passed the gavel to incoming President Karen Hildebrandt who adjourned the meeting.

We're off to another fantastic start on the second day of the AALT Conference.

There was again lots of great conversation as delegates gathered for breakfast and settled in for this morning's keynote address.

Saturday's keynote by Dr. Lauryn Oates was a reminder of the fundamental value of literacy and a stirring call to action in support of vulnerable women and girls.

Lauryn is Programs Director for Canadian Women for Women in Afghanistan. She plans, manages, monitors and evaluates programs that target improving literacy for women and girls in Afghanistan.

Early in her talk Lauryn connected her topic to libraries and literacy by quoting Dr. Seuss: "The more that you read, the more things you will know. The more that you learn, the more places you'll go." She emphasized the importance of literacy for women and girls in Afghanistan (and other developing/post-conflict) states, not just for them but also for their families and communities. She noted, particularly, the strong positive connection between higher levels of education improved health, economic and social outcomes.

Lauryn also stated that the best predictor of a state's peacefulness is the status of women within the state.

So, the fundamental need in her mind for sustainable development is to not simply provide these communities with resources and expertise, but also with more freedom. Because, when people are free, they are free to solve their own problems.

There were several great sessions through the day. For instance, some delegates learned about their communication and learning styles with Rob Chubb. Others joined Stephen Abrams to further discuss the issues raised in his keynote and, later, many headed off to the Military Museums.

In keeping with the conference's theme, Karen Hildebrandt discussed the framework they are using at Concordia University for engaging with and supporting disabled learners. And, in their session, SAIT's own Sandra Lee (Academic Chair, Library Technology and Journalism) and Shan Robertson (Manager, Learner Success) had delegates role play various limitations - including social disabilities - to provide insight on the challenges faced by people with disability.

There were, of course, many other sessions by great people giving back to the community and supporting the professional development of their colleagues. If you enjoyed any of the other sessions on Friday, share in the comments. Also, be sure to fill out those session feedback forms.They really do guide the conference committee's decisions for the coming year.

There was more good times at lunch as delegates gathered in MacDonald Hall again to chat and share a meal.

Finally, in the most awesome happening of the day, Andrew and I wore the same shirt to conference.

Thank You to Our Vendors and Sponsors

Business has been hopping at our many vendor tables. The main floor of Heritage Hall is overrun with commercial and library vendors offering a wide variety of products and services.

Vendors have always been an important part of the AALT Conference, providing a forum for delegates to connect with sales representatives offering books, online resources, office supplies and more.

I took the pictures below during the first breakout sessions, so most of our delegates are off learning instead of networking and buying. But, I thought this was a good time to show you the number and variety of vendors without too many people blocking the view.

Thank you to all our vendors and sponsors for contributing to a great AALT experience and supporting the professional development of library technicians.

Please take a moment to visit our vendors, sponsors and donors below. 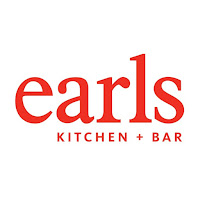 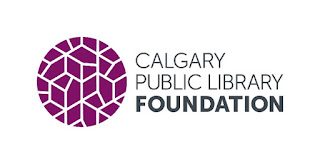 Posted by Unknown at 2:26 pm No comments:

Delegates gathered this morning for a great pre-keynote breakfast in historic Heritage Hall on the SAIT campus. The program began with a welcome to the conference by co-Chair Janis Rapchuk. Delegates were then welcomed to SAIT by Genevieve Luthy, manager of the Reg Erhardt Library.

Genevieve took a few moments in her address to note that this is SAIT's centennial year and the connections between AALT and SAIT's history.

At 9:00 am ("not sure if we'll stay on time, but we'll start on time", as Janice put it) AALT President-Elect Karen Hildebrandt introduced keynote speaker Stephen Abrams with a warm recollection of their first meeting.

Stephen opened his presentation by complimenting the quality of his suite in SAIT's residence and noting it was much fancier than he expected. He then entered into a wide ranging and enthusiastic talk about why this is an exciting time to work in libraries.

His presentation challenged traditional library attitudes and practices by asking questions like "Do you make it easy to find resources or is it a treasure hunt?" and emphasising that library professionals provide not merely transactional services but transformational ones. He said we focus to much on what we have (nouns) and not enough on what we do (verbs).

He highlighted some of our professional "diseases":
Stephen challenged delegates to work against these tendencies and to focus on our core competency of "improving the quality of the question and user experience."

This rousing, humorous and challenging presentation was a fantastic way to kick-start the conference. Stephen's slides are on his blog Stephen's Lighthouse. I encourage to have a look.

The current Journal Editor is Amy Southgate. Email her at journal@aalt.org.

Become a Member of AALT